El barquero is a perfect feature film to spend a pleasant time with a bit of snacks and a good cold drink.
The success of this film could be seen in theaters after its premiere in 1928.
Although the character is marked by the script, the work that the actors and actresses of this film do to bring their characters to life is wonderful. In the cast we find Milton Sills, Dorothy Mackaill, Betty Compson, Douglas Fairbanks Jr., Sylvia Ashton.

The direction of the film has to continually make decisions and that work has been in the hands of George Fitzmaurice.
The duration of the film is 80 min..
Although filming can be done around the world, the bulk of the production and crew belongs to United States.

When we analyze a movie, one of the most important parts to take into account is the script and in this case, it has come from the hand of Benjamin Glazer, Joseph Jackson, Herman J. Mankiewicz, Kenyon Nicholson.
The world is full of great producers and one of the best known is First National Picture, creator and developer of this project.
The music of this film comes from the hand of Louis Silvers.

The symmetry, the lights, the frames ... all these elements are very important for a cinematographer who in this one has almost been Lee Garmes.
The genre Drama, Romance is very easy to detect in the film and even more so if you are passionate about this type of film. 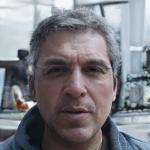