The feature film with such success Volando voy is ideal for an afternoon of disconnection.
The film's producers decided that it would be released in year 2006.
One of the points in favor of this film is how the cast (Borja Navas, ûlex Casanovas, Mariola Fuentes, Fernando Tejero, Mar Regueras) does not work well individually, but they have managed to create a magical space together.

The responsibility that the film director has during the shooting of a movie is so great that it is sometimes stressful for the person. In this case it was Miguel Albaladejo.
It has a duration of 105 min..
Spain it has been the country that has given us this great movie.

One of the most important parts of the film is the decision of which words are going to be chosen to express what the director is looking for and this was in the hands of Miguel Albaladejo.
The production of this film has been possible because Sogecine, Bailando en la luna, Mediapro, Estudios Picasso was interested in the project and was confident of the good results.
Music is a differentiating element, which enhances the emotions that the story generates in us and in this case it has been directed by Lucio Godoy.

The fact of knowing how, where and why to put the camera in a place, is the talent of Alfonso Sanz that has given us as a result a wonderful direction of photography.
Each film is affected by many different factors so, although there are already many films that are of the Drama genre, it does not mean that it will be the same as others, far from it. 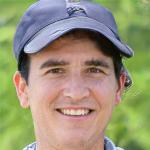 Jose Manuel Benito
A decent look at juvenile delinquency about a boy who committed a lot of crimes in the eighties. Full social drama, realistic good action, very entertaining from start to finish. bad one 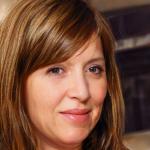