At cines.com we tell you a little more about the feature film Starry Starry Night .
The feature film was produced during long months of work and the final result can be enjoyed in the year 2011 after its theatrical release.
Although the character is marked by the script, the work that the actors and actresses of this film do to bring their characters to life is wonderful. In the cast we find Rene Liu, Harlem Yu, Kenneth Tsang, Hui Ming Lin, Janel Tsai.

Tom Lin Shu-yu 's experience in the film world has meant that this project has been approached with great confidence and with an impeccable film direction.
The story takes place during 99 min. in which it has you totally entertained.
Taiwan, Province of China has been the country in charge of bringing this story to life.

The script is the common thread that leads the viewer through the film and with which the main message to be conveyed is brought to life. This work has been done by Tom Lin Shu-yu, Jimmy Liao.
The production of this film has been possible because Atom Cinema, Huayi Brothers, Tomson International Entertainment Distribution was interested in the project and was confident of the good results.
The soundtrack of this film enhances the emotions of each scene and the team responsible for making this happen is led by World's End Girlfriend.

Photography direction is a difficult task when creating a film because of the many decisions that must be made. Jake Pollock and his team have succeeded in all of them since a very high quality can be observed in each of the scenes.
If you are passionate about Drama movies, you are interested in the right movie. 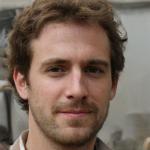