When a movie is as good as Lasa y Zabala , it's always interesting to know its technical data.
The success of this film could be seen in theaters after its premiere in 2014.
Among the cast we can see Unax Ugalde, Francesc Orella, Oriol Vila, Jon Anza, Cristian Merchan in action.

The direction of the film has to continually make decisions and that work has been in the hands of Pablo Malo.
Enjoying 107 min. the duration of the film is one of the best plans to disconnect.
It is the least interesting to stop to see this movie of Spain.

The script is the common thread that leads the viewer through the film and with which the main message to be conveyed is brought to life. This work has been done by Joanes Urkixo.
We are sure that this feature film will have a great career as well as its production company Abra Producciones, ETB, ICAA, Departamento de Cultura del Gobierno Vasco, Parsimonia.
Music is a differentiating element, which enhances the emotions that the story generates in us and in this case it has been directed by Pascal Gaigne.

Photography direction is a difficult task when creating a film because of the many decisions that must be made. Aitor Mantxola and his team have succeeded in all of them since a very high quality can be observed in each of the scenes.
Perhaps a large part of the success of this film is that it has been a success to expose this story and these messages from a Thriller genre. 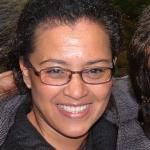 Maria Luz Vidal
Atrocities are always disgusting and unjustified, no matter which side you choose to view the story on. Amazing
Related content
Latest Searched Movies