Each film provokes feelings in people, but we are sure that Francisco, el padre Jorge will not leave you indifferent.
The film's producers decided that it would be released in year 2015.
Darío Grandinetti, Silvia Abascal, Leticia Brédice, Carlos Hipólito, Alejandro Awada are some of the actors and actresses who embody the main and secondary characters in this film.

The film can say that it is lucky to have been directed by Beda Docampo Feijóo.
Enjoying 105 min. the duration of the film is one of the best plans to disconnect.
One of the countries with the most films created in the history of cinema is Argentina and this film is one of them.

We love the way Beda Docampo Feijóo, César Gómez Copello, Elisabetta Pique and his team have managed to convey the message of the film through the script.
The world is full of great producers and one of the best known is Benteveo Producciones Audiovisuales, Gloriamundi Producciones, Lapis Film, Pentagrama Films, Pampa Films, creator and developer of this project.
If you are interested in music and movie soundtracks, you will find it interesting to know that the movie soundtrack was created by Federico Jusid.

The mythical scenes in which the main character is in a visually very harmonious environment, is the product of the great work of Kiko de la Rica.
Throughout the entire film we can see the presence of the Drama genre in the feature film. 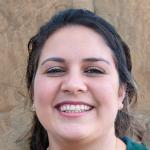