El bosque animado is a wonderful film that has been around the world.
People were looking forward to seeing this movie and they finally got to see it in theaters in year 1987.
Among the cast we can see Alfredo Landa, Tito Valverde, Miguel Rellán, Fernando Rey, Alejandra Grepi in action.

The coordination of all the work units that may have been in this film has been possible thanks to the direction (José Luis Cuerda).
The information and background that can be drawn from these 108 min. of film is very broad.
The film industry exists in practically every country in the world, but this feature film belongs to Spain.

We love the way Rafael Azcona, Wenceslao Fernández Flórez and his team have managed to convey the message of the film through the script.
One of the best known production companies in the film world is Classic Films Producción which in this case has been in charge of bringing this project to life.
Another very important aspect of the film is the musical accompaniment that has been created by José Nieto.

A director of photography is in charge of deciding what part of the scenery they are interested in capturing and from what angle. In this case, the person in charge of this important role has been Javier Aguirresarobe.
As a result of a whole production process on a very marked line, we have been able to see a Comedy, Fantastic movie full of messages and work of months and even years. 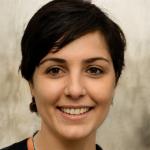