In the world of cinema there are always films that go unnoticed, but that is not the case with Bienvenido a casa that managed to get the attention of many people.
The release date of a film depends on many factors and due to the time of filming and editing, the feature film was released in the year 2006.
One of the most important parts prior to filming is the casting of actors and actresses and we believe that this time it is very successful with the participation of Pilar López de Ayala, Alejo Sauras, Ariadna Gil, Juan Echanove, Jorge Sanz.

The responsibility that the film director has during the shooting of a movie is so great that it is sometimes stressful for the person. In this case it was David Trueba.
The total time taken by the movie is 115 min..
The film industry exists in practically every country in the world, but this feature film belongs to Spain.

The script is the common thread that leads the viewer through the film and with which the main message to be conveyed is brought to life. This work has been done by David Trueba.
We are sure that this feature film will have a great career as well as its production company Fernando Trueba P.C..
The film's soundtrack and music were created by Javier Limón, Andrés Calamaro.

The direction of photography has been in charge of Juan Molina.
The genre Romance, Comedy, Drama is very easy to detect in the film and even more so if you are passionate about this type of film. 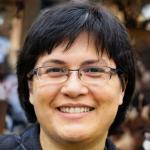