Serie de TV
We are all clear that it is important for human beings to have a job and feel fulfilled, but it is also important to enjoy moments of leisure and the movie Yo soy Bea has the entertainment you need.
The film could be seen from year 2006.
Another important part when creating a movie is the cast, which in this case is comprised of Ruth Núñez, Alejandro Tous, Mónica Estarreado, Miguel Hermoso Arnao, Ana Milán.

The direction of the film has been a long process but it has obtained a magnificent result and that has allowed Jon Koldo Berlanga, Josete Picaporte, Rafael de la Cueva, Mapi Laguna to have more experience in the sector.
The time you can relax and enjoy with this movie is 30 min..
It comes from Spain.

Do you want to know who has given life to the script of the film? The writing team has been led by Fernando Gaitán.
One of the best known production companies in the film world is Grundy Producciones, Telecinco which in this case has been in charge of bringing this project to life.
If you are interested in music and movie soundtracks, you will find it interesting to know that the movie soundtrack was created by José Villar, Edurne.

This film is one of the feature films that are of the TV series, Comedy, Drama genre. 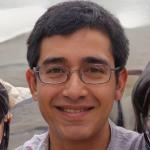