Serie de TV
If you are looking for a film to disconnect for a while and then be able to discuss it with family and friends, the film Vida perfecta is your ideal candidate.
People were looking forward to seeing this movie and they finally got to see it in theaters in year 2019.
Leticia Dolera, Celia Freijeiro, Aixa Villagrán, Font García, Manuel Burque are some of the actors and actresses who embody the main and secondary characters in this film.

Leticia Dolera, Leticia Dolera, Elena Martin, Ginesta Guindal 's experience in the film world has meant that this project has been approached with great confidence and with an impeccable film direction.
The total time taken by the movie is 25 min..
Although filming can be done around the world, the bulk of the production and crew belongs to Spain.

The script was created by Leticia Dolera, Manuel Burque.
This film is in a long list of films created by the production company Movistar+, Corte y Confección de Películas, Movistar+ among which some can be seen with great success.
A director of photography is in charge of deciding what part of the scenery they are interested in capturing and from what angle. In this case, the person in charge of this important role has been Marc Gómez del Moral.
As a result of a whole production process on a very marked line, we have been able to see a TV series, Comedy, Drama movie full of messages and work of months and even years. 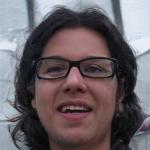