Silencio en la nieve is one of the most successful films of recent times.
The feature film was produced during long months of work and the final result can be enjoyed in the year 2011 after its theatrical release.
In the cast we can find great actors and actresses like Juan Diego Botto, Carmelo Gómez, Víctor Clavijo, Andrés Gertrudix, Francesc Orella.

Gerardo Herrero knows how to handle himself in the role of film director and therefore exudes confidence when making a decision.
During the 107 min. that the film lasts, the messages and reflections are seen little by little.
It comes from Spain.

When we analyze a movie, one of the most important parts to take into account is the script and in this case, it has come from the hand of Nicolás Saad, Ignacio del Valle.
The production company Tornasol Films has achieved excellent results thanks to its initial bet on this story.
Lucio Godoy and his team of musicians have been the creators of the soundtrack of this film that transports us completely into history.

Alfredo F. Mayo has a long experience in photography and now has this great film on his long list.
Perhaps a large part of the success of this film is that it has been a success to expose this story and these messages from a Intrigue, Thriller, Warlike genre. 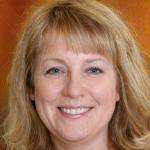 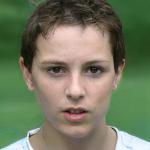