Traveling, having adventures, falling in love, action and many more actions are what you can do through movies and ¿Por qué lo llaman amor cuando quieren decir sexo? is a film that will not leave you disappointed.
Every decision made in the release of a film is very important and in this case, the producers chose year 1993 to be the one in charge of bringing the film to light.
Among the cast we can see Verónica Forqué, Jorge Sanz, Rosa María Sardà, Fernando Guillén, Elisa Matilla in action.

Manuel Gómez Pereira He has always been a very hard-working person and that has been reflected in his way of directing the film according to his style.
The duration of the film is 101 min..
Spain has been the country in charge of bringing this story to life.

The script is the common thread that leads the viewer through the film and with which the main message to be conveyed is brought to life. This work has been done by Joaquín Oristrell, Juan Luis Iborra, Manuel Gómez Pereira, Yolanda García Serrano.
The quality that Audiovisuales Nebli, Cristal P.C. S.A always demonstrates in his creations, has also been seen in this new installment.
The music of this film comes from the hand of Manolo Tena.

The fact of knowing how, where and why to put the camera in a place, is the talent of Hans Burmann that has given us as a result a wonderful direction of photography.
As a result of a whole production process on a very marked line, we have been able to see a Comedy movie full of messages and work of months and even years. 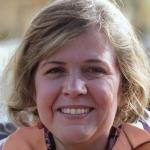