Throughout the history of cinema, we have enjoyed many films with which we have relaxed for a long time and Nubes de verano is one of them.
One of the most anticipated releases of the year 2004 was, without a doubt, this feature film.
Although the character is marked by the script, the work that the actors and actresses of this film do to bring their characters to life is wonderful. In the cast we find Roberto Enríquez, Natalia Millán, David Selvas, Irene Montalà, Roger Casamajor.

Film directors are very important in each creation and it is because the work they do is one of the hardest and most sacrificed in the project. This time it was Felipe Vega who suffered while enjoying this experience.
If you are one of those who like to comment on the films you see, with this one you will have 104 min. the duration of the film so as not to miss any details.
Spain has been the country in charge of bringing this story to life.

Do you want to know who has given life to the script of the film? The writing team has been led by Felipe Vega, Manuel Hidalgo.
The world is full of great producers and one of the best known is Messidor Films, Messidor Films, creator and developer of this project.
The music of this film comes from the hand of Josep Sanou.

The symmetry, the lights, the frames ... all these elements are very important for a cinematographer who in this one has almost been Alfonso Parra.
The genre of Drama is one of the most widely used in film and this is because it tends to work well with audiences. 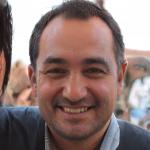 Alfredo Pulido
It's not a bad movie. Well. Summer clouds 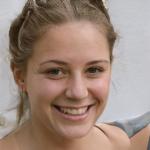