Serie de TV
Each film provokes feelings in people, but we are sure that Los pequeños Tom y Jerry will not leave you indifferent.
The effort and work of many people paid off when the film was released in the year 1990.
As you may have seen, there are many people involved in the making of a film and therefore, a figure is necessary to coordinate all that chaos and decide when no one knows exactly what to do. Don Lusk, Paul Sommer, Carl Urbano, Oscar Dufau, Jay Sarbry has been the person in charge of directing the entire film.
During the 30 min. that the film lasts, the messages and reflections are seen little by little.
The movie is from United States.

We love the way Jim Ryan, Sandy Fries, Patrick A. Ventura, Arthur Alsberg, Barry E. Blitzer and his team have managed to convey the message of the film through the script.
Almost all of the work is supervised and carried out by the production company Hanna-Barbera Productions, Turner Entertainment, Wang Film Productions Company, Cuckoo's Nest Studios, Mr. Big Cartoons who has made sure that the quality of each scene is the best possible.
Another very important aspect of the film is the musical accompaniment that has been created by Gary Lionelli, Tom Worrall.

The genre of TV series, Animation, Comedy, Childish is one of the most widely used in film and this is because it tends to work well with audiences. 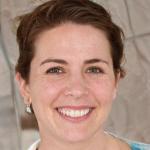 Asuncion Pereira
Tom and Jerry Sins! .. Kids? .. There's no difference !. Not a favorite, but not bad for a children's show. Tom and Jerry Kids by Hanna Barbera 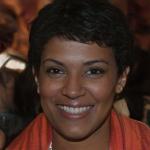