We are all clear that it is important for human beings to have a job and feel fulfilled, but it is also important to enjoy moments of leisure and the movie Lobos sucios has the entertainment you need.
The making of the film was done very carefully and the final result could be seen in theaters in year 2015.
Marián Álvarez, Manuela Vellés, Isak Férriz, Pierre Kiwitt, Thomas Coumans are the actors who put a face and voice to the characters in the story that they tell us in the film.

The direction of the film has been wonderful since it came from the hand of Simón Casal.
Enjoying 105 min. the duration of the film is one of the best plans to disconnect.
It comes from Spain.

Do you want to know who has given life to the script of the film? The writing team has been led by Carmen Abarca, Paula Cons, Felipe Rodríguez, Noelia del Río.
We are sure that this feature film will have a great career as well as its production company Agallas Films, Dream Team Concept, Left Field Ventures.
If music in itself generates many feelings in us, when it accompanies a story of more than an hour, it becomes a real marvel. This genius has been created by Sergio Moure De Oteyza.

Sergi Gallardo has been the person in charge of directing the entire photographic aspect of the film.
Throughout the entire film we can see the presence of the Thriller, Adventure genre in the feature film. 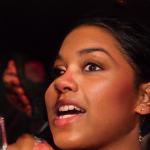