Do you want a movie and popcorn plan? Las ovejas no pierden el tren is the perfect option for it.
The film hit theaters in year 2014 with great success.
Among the cast we can see Raúl Arévalo, Inma Cuesta, Alberto San Juan, Candela Peña, Jorge Bosch in action.

Álvaro Fernández Armero He has always been a very hard-working person and that has been reflected in his way of directing the film according to his style.
The time you can enjoy this movie is 103 min..
One of the countries with the most films created in the history of cinema is Spain and this film is one of them.

The script was created by Álvaro Fernández Armero.
In the film industry, film production companies are very important, as they are responsible for carrying all or almost all the economic weight of a production. In this case everything has been thanks to Morena Films, TVE, Canal+ España.
The person in charge of making sure that all the photographic elements fit together perfectly was David Azcano.
This film is one of the feature films that are of the Comedy, Romance, Drama genre. 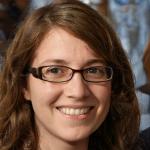