Traveling, having adventures, falling in love, action and many more actions are what you can do through movies and La primera noche de mi vida is a film that will not leave you disappointed.
The film could be seen from year 1998.
Both the leads and supporting actors (Emilio Gutiérrez Caba, Adriana Ozores, Mariola Fuentes, Íñigo Garcés, Carlos Fuentes) do an excellent job.

The film can say that it is lucky to have been directed by Miguel Albaladejo.
If you wonder how long the movie is, we have the answer: 85 min..
The cinema of Spain is known worldwide and this film from that country could not be less.

When we analyze a movie, one of the most important parts to take into account is the script and in this case, it has come from the hand of Elvira Lindo, Miguel Albaladejo.
The production process is very long, beyond the filming and that has been carried out thanks to the production company Alphaville S.A.
With a long career path, Lucio Godoy and his team have created a perfect environment thanks to the music of the film.

The great direction of photography has been taken by Alfonso Sanz.
This film is one of the feature films that are of the Drama, Comedy genre. 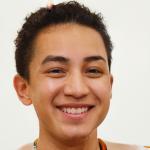 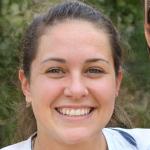 Maria Mar Villanueva
A fun and entertaining story about a diverse group of characters who live in the suburbs of Madrid.
Related content
Latest Searched Movies