We are all clear that it is important for human beings to have a job and feel fulfilled, but it is also important to enjoy moments of leisure and the movie La monja alférez has the entertainment you need.
The release date of a film depends on many factors and due to the time of filming and editing, the feature film was released in the year 1944.
We have seen many of the actors and actresses in this film working on other films before, but we have loved seeing them play together as María Félix, Ángel Garasa, José Cibrián, Delia Magaña, José Pidal.

Emilio Gómez Muriel 's experience in the film world has meant that this project has been approached with great confidence and with an impeccable film direction.
The film lasts 88 min. in which the story grabs you from beginning to end.
Mexico it has been the country that has given us this great movie.

When the script is wonderful, it is said and in this case the work done by Max Aub, Marco Aurelio Galindo, Eduardo Ugarte is worthy of admiration.
The production company Clasa Films Mundiales, Clasa Films Mundiales has achieved excellent results thanks to its initial bet on this story.
Luis Hernández Bretón and the team of musicians are professionals who have created a perfect soundtrack and music for this film.

The photography of this film has been spectacular for us and this result has been thanks to the work of Raúl Martínez Solares.
The variety of movies you can find about the Adventure, Drama genre gives you a better chance of enjoying this style. 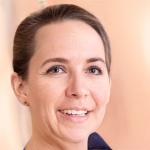