Los justicieros del mar
Many films get us to delve into their history and provoke feelings in us. La isla de la ambición is one of them so don't hesitate to check it out.
When we look back on the year 1962, it is impossible not to think about the premiere of this wonderful movie.
Both the leads and supporting actors (Richard Harrison, Michèle Mercier, Roldano Lupi, Marisa Belli, Walter Barnes) do an excellent job.

The film can say that it is lucky to have been directed by Domenico Paolella.
You will enjoy 90 min. an immersive story.
Although filming can be done around the world, the bulk of the production and crew belongs to Italy.

It is not easy to make the story understood through a script, that all the elements of the film fit together and here you can see the hard work of Ugo Guerra, Luciano Martino.
The production process is very long, beyond the filming and that has been carried out thanks to the production company Documento Film, Le Louvre Film.
For the experience to be total, it is necessary for the music to accompany the story, complementing the messages they convey to us. Those in charge of finding the perfect melodies have been Egisto Macchi and his team.

The mythical scenes in which the main character is in a visually very harmonious environment, is the product of the great work of Carlo Bellero.
Each person has their tastes regarding what type of feature films they like to see, but without a doubt, if you like the genre Adventure, you have to see this movie. 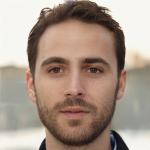 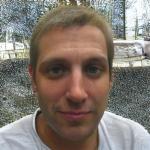