Film La casa del caracol is a film staple that you can't stop seeing.
The film's producers decided that it would be released in year 2021.
It's always nice to find a movie that has a cast as good as we find in this feature film composed by Javier Rey, Paz Vega, Carlos Alcántara, Norma Martínez, Luna Fulgencio.

Each film director has his own style when it comes to producing feature films and Macarena Astorga 's style is clearly reflected in this film.
It has a duration of 103 min..
It comes from Spain.

When the script is wonderful, it is said and in this case the work done by Sandra García Nieto, Sandra García Nieto is worthy of admiration.
The world is full of great producers and one of the best known is Esto también pasará, Bowfinger International Pictures, Basque Films, Tondero Producciones, Hippo Entertainment Group, creator and developer of this project.
Can you imagine seeing a movie without music to accompany the story? It would be all a waste and more if the team of musicians is directed and formed by Karin Zielinski as it is in this case.

The control of the cameras shows that it has been under the command of Valentín Álvarez since the direction of photography is splendid.
Each film is affected by many different factors so, although there are already many films that are of the Thriller genre, it does not mean that it will be the same as others, far from it. 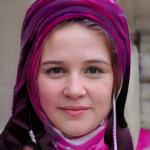