One of the best known films on the cinema scene is La boda de Rosa .
The film had the opportunity to shine in theaters in year 2020 and it succeeded.
One of the most important parts prior to filming is the casting of actors and actresses and we believe that this time it is very successful with the participation of Candela Peña, Sergi López, Nathalie Poza, Paula Usero, Ramón Barea.

Icíar Bollaín He has always been a very hard-working person and that has been reflected in his way of directing the film according to his style.
The time you can relax and enjoy with this movie is 100 min..
The cinema of Spain is known worldwide and this film from that country could not be less.

Do you want to know who has given life to the script of the film? The writing team has been led by Icíar Bollaín, Alicia Luna.
Having a production company as good as Tandem Films, Turanga Films, Setembro Cine, TVE, Movistar+ always helps the end result to be excellent.
With a great professional career, we find Vanessa Garde who, together with a great team, have been in charge of putting music to the feature film.

The photography of this film has been spectacular for us and this result has been thanks to the work of Sergi Gallardo, Beatriz Sastre.
Each person has their tastes regarding what type of feature films they like to see, but without a doubt, if you like the genre Comedy, Drama, you have to see this movie. 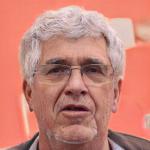