In the world of cinema there are always films that go unnoticed, but that is not the case with Flying Guillotine 2 that managed to get the attention of many people.
The year 1978 he had the great luck of being chosen for this film to be released.
It's always nice to find a movie that has a cast as good as we find in this feature film composed by Ku Feng, Wong Chung, Wai Wang, Liu Locke Hua, Nancy Yen.

Cheng Kang, Hua Shan knows how to handle himself in the role of film director and therefore exudes confidence when making a decision.
88 min. is the length of the movie.
Hong Kong it has been the country that has given us this great movie.

When the script is wonderful, it is said and in this case the work done by Cheng Kang, Lee Wing-Cheung, Ni Kuang is worthy of admiration.
The world is full of great producers and one of the best known is Shaw Brothers, Celestial Pictures [Hong Kong], Dragon Dynasty [USA], Intercontinental Video [Hong Kong], creator and developer of this project.
Another very important aspect of the film is the musical accompaniment that has been created by Frankie Chan.

The direction of photography has been in charge of Te-Wei Chang.
Viewers who like the Action, Adventure genre really enjoy these kinds of movies. Are you one of them? 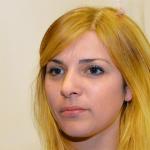 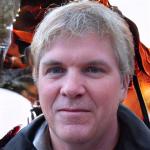