If you are looking to disconnect, Escuadrón pantera is the perfect movie for it.
The year 1984 was chosen to release the film to the world.
Without a doubt, the cast of this film is very well chosen with actresses and actors like Sybil Danning, Jack Taylor, Karin Schubert, Jean-René Gossart, Analía Ivars who are ideal for the role they play.

The person we can consider the leader of this entire project is Pierre Chevalier. With a lot of effort he has managed to lead and coordinate an entire team in order to create an incredible film for his viewers.
If you want to know the end you will have to go through 77 min. wonderful.
France it has been the country that has given us this great movie.

It is not easy to make the story understood through a script, that all the elements of the film fit together and here you can see the hard work of Georges Friedland, Ilona Koch, Olivier Mathot.
The production companies are betting on certain stories that they will later turn into movies and, without a doubt, Brux International Pictures, Greenwich Film Productions, Eurociné, European Film has been completely right with this one.
The music of this film comes from the hand of Douglas Cooper Getschal, Jeffrey G. Gusman.

The fact of knowing how, where and why to put the camera in a place, is the talent of Phil Uyuer that has given us as a result a wonderful direction of photography.
If we had to frame this film in a specific genre, that would be Action. 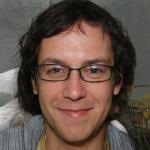 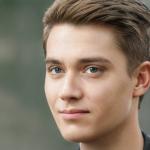 Moises Padilla
How can you make a boring Sybil Danning movie? Only a good B movie an incredibly boring movie (may contain spoilers)
Related content
Latest Searched Movies