In all films there are messages that are seen with the naked eye and others that are deeper. El tiempo de los monstruos has many of them that are sure to make you reflect.
After several years of planning and shooting, the film was released in theaters in year 2015.
Javier Cámara, Candela Peña, Carmen Machi, Julián López, Secun De La Rosa are the actors who put a face and voice to the characters in the story that they tell us in the film.

The film can say that it is lucky to have been directed by Félix Sabroso.
The time you can relax and enjoy with this movie is 97 min..
Although the cinema is very widespread throughout the Earth, this film comes to us from Spain.

The script was created by Félix Sabroso.
The production company Seven FIlms Producciones, Canal+ España has achieved excellent results thanks to its initial bet on this story.
David Azcano has been the person in charge of directing the entire photographic aspect of the film.
This film is one of the feature films that are of the Comedy genre. 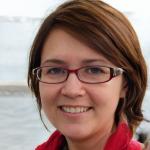