The feature film with such success El Lute II: Mañana seré libre is ideal for an afternoon of disconnection.
The premiere of this wonderful film took place in theaters in the year 1988.
We have seen many of the actors and actresses in this film working on other films before, but we have loved seeing them play together as Imanol Arias, Jorge Sanz, Pastora Vega, Ángel Pardo, Blanca Apilánez.

The film can say that it is lucky to have been directed by Vicente Aranda.
The total time taken by the movie is 120 min..
The film industry exists in practically every country in the world, but this feature film belongs to Spain.

We love the way Joaquím Jordá, Vicente Aranda, Eleuterio Sánchez, Eleuterio Sánchez and his team have managed to convey the message of the film through the script.
Having a production company as good as Multivideo S.A always helps the end result to be excellent.
If music in itself generates many feelings in us, when it accompanies a story of more than an hour, it becomes a real marvel. This genius has been created by José Nieto.

The symmetry, the lights, the frames ... all these elements are very important for a cinematographer who in this one has almost been José Luis Alcaine.
Viewers who like the Drama genre really enjoy these kinds of movies. Are you one of them? 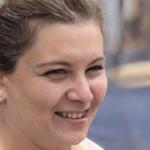 Matias Aparicio
Exciting follow-up based on El Laúd, which at one point was listed as Spain's most wanted criminal with a decent address by Vicente Aranda.
Related content
Latest Searched Movies