Do you want to know a little more about the film El amor de Don Juan ? We tell you more about the film here, on cines.com.
The film hit theaters in year 1956 with great success.
Another important part when creating a movie is the cast, which in this case is comprised of Fernandel, Carmen Sevilla, Fernando Rey, Erno Crisa, Christine Carère.

The direction of the film has been a long process but it has obtained a magnificent result and that has allowed John Berry to have more experience in the sector.
The total time taken by the movie is 93 min..
One of the countries with the most films created in the history of cinema is France and this film is one of them.

The script is the common thread that leads the viewer through the film and with which the main message to be conveyed is brought to life. This work has been done by Juan Antonio Bardem, John Berry, Maurice Clavel, Jacques Emmanuel, Jean Manse.
The production company Les Films du Cyclope, Producciones Benito Perojo has achieved excellent results thanks to its initial bet on this story.
The film's soundtrack and music were created by Henri Sauguet.

The mythical scenes in which the main character is in a visually very harmonious environment, is the product of the great work of Nicolas Hayer.
Each film is affected by many different factors so, although there are already many films that are of the Comedy genre, it does not mean that it will be the same as others, far from it. 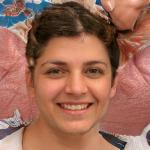