The film De chica en chica has rave reviews and is among the best-known feature films in the world.
One of the most anticipated releases of the year 2015 was, without a doubt, this feature film.
Celia Freijeiro, Cristina Pons, Sandra Collantes, María Botto, María Ballesteros are the actors who put a face and voice to the characters in the story that they tell us in the film.

The direction of the film has been wonderful since it came from the hand of Sonia Sebastián.
The time you can relax and enjoy with this movie is 88 min..
The movie is from Spain.

The script is the common thread that leads the viewer through the film and with which the main message to be conveyed is brought to life. This work has been done by Sonia Sebastián, Cristina Pons, Ángel Turlan, Olga Iglesias.
The production of this film has been possible because Pocapena Producciones, Versus Entertainment was interested in the project and was confident of the good results.
The melody that accompanies the scenes of this film with such a powerful message, has been devised by David San José, Gonzalo de la Vega.

The mythical scenes in which the main character is in a visually very harmonious environment, is the product of the great work of Pilar Sánchez Díaz.
Throughout the entire film we can see the presence of the Comedy genre in the feature film. 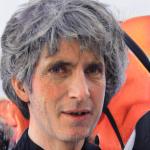 Federico Iglesias
Player Inés decides that it is time to return to her home country, Spain, after not being able to live in Miami. Pale imitation of Almodóvar
Related content
Latest Searched Movies