Cosas que hacen que la vida valga la pena is one of the most successful films of recent times.
The film could be seen from year 2004.
Ana Belén, Eduard Fernández, José Sacristán, María Pujalte, Rosario Pardo are some of the actors and actresses who embody the main and secondary characters in this film.

Each film director has his own style when it comes to producing feature films and Manuel Gómez Pereira 's style is clearly reflected in this film.
Meet the characters and enjoy them throughout 86 min. the movie lasts.
Although filming can be done around the world, the bulk of the production and crew belongs to Spain.

The way the story is told is wonderful and this result is thanks to the fact that the script was in the hands of Joaquín Oristrell, Yolanda García Serrano, Carlos Molinero, Luis Piedrahita.
We are sure that this feature film will have a great career as well as its production company Bocaboca Producciones.
If you are interested in music and movie soundtracks, you will find it interesting to know that the movie soundtrack was created by Bingen Mendizábal.

The control of the cameras shows that it has been under the command of Juan Amorós since the direction of photography is splendid.
Viewers who like the Comedy, Romance, Drama genre really enjoy these kinds of movies. Are you one of them? 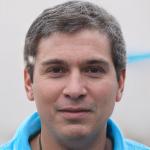 Iker Gutierrez
Cry or laugh, or neither. A feel-good comedy that is not fulfilled. Surprise !! ... A good Gómez Pereira movie !! 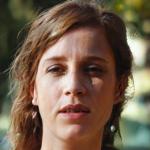