Miniserie de TV
Throughout the history of cinema, we have enjoyed many films with which we have relaxed for a long time and Carta a Eva is one of them.
This film was published in the year 2012 being one of the most viewed.
Julieta Cardinali, Ana Torrent, Carmen Maura, Nora Navas, Malena Alterio are some of the actors and actresses who embody the main and secondary characters in this film.

The film can say that it is lucky to have been directed by Agustí Villaronga.
180 min. is the length of the movie.
Although filming can be done around the world, the bulk of the production and crew belongs to Spain.

When the script is wonderful, it is said and in this case the work done by Roger Danès, Alfred Pérez Fargas, Agustí Villaronga is worthy of admiration.
The quality that Copia Cero, Televisión de Galicia (TVG), ICIC always demonstrates in his creations, has also been seen in this new installment.
The film's soundtrack and music were created by Joan Valent. 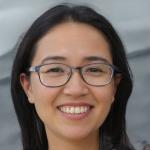