Carretera y manta is a perfect feature film to spend a pleasant time with a bit of snacks and a good cold drink.
The big premiere of the film took place in year 2000.
Without a doubt, the cast of this film is very well chosen with actresses and actors like Carmen Maura, Eduardo Noriega, Natalia Verbeke, Jordi Bosch, Ramón Barea who are ideal for the role they play.

The direction of the film has been a long process but it has obtained a magnificent result and that has allowed Alfonso Arandia to have more experience in the sector.
If you wonder how long the movie is, we have the answer: 90 min..
It comes from Spain.

Do you want to know who has given life to the script of the film? The writing team has been led by Javier Félix Echániz.
One of the best known production companies in the film world is Filmart which in this case has been in charge of bringing this project to life.
The key moments of a film must be accompanied by a soundtrack or songs that go according to the moment and that has been taken care of Lucio Godoy.

Another of the most important parts of a film is the choice of the frames to be used, the lights creating effects, the direction of the gaze of the characters ... all those decisions in this film have been made Kiko de la Rica.
Throughout the entire film we can see the presence of the Comedy genre in the feature film. 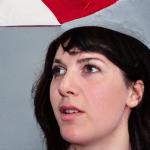 Andrea Cabello
Getaway to Shengen. Kidnaped. Funny and entertaining comedy in which a particular couple kidnaps a yuppie couple 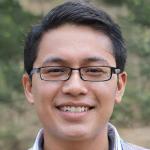