Everyone has heard of Canciones de amor en Lolita's Club , a very successful film worldwide.
The premiere of this wonderful film took place in theaters in the year 2007.
Without a doubt, the cast of this film is very well chosen with actresses and actors like Eduardo Noriega, Flora Martínez, Belén Fabra, Héctor Colomé, Yohana Cobo who are ideal for the role they play.

The direction of the film has been a long process but it has obtained a magnificent result and that has allowed Vicente Aranda to have more experience in the sector.
The film lasts 101 min. in which the story grabs you from beginning to end.
Spain has been the country in charge of bringing this story to life.

Do you want to know who has given life to the script of the film? The writing team has been led by Vicente Aranda, Juan Marsé.
The world is full of great producers and one of the best known is Lolafilms, Trivisión S.L, creator and developer of this project.
Music is a differentiating element, which enhances the emotions that the story generates in us and in this case it has been directed by José Nieto.

The control of the cameras shows that it has been under the command of José Luis Alcaine since the direction of photography is splendid.
The variety of movies you can find about the Drama, Thriller genre gives you a better chance of enjoying this style. 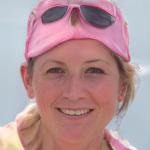 Ariadna Guerra
Wild combination of cliched police action and sexual melodrama with the starring protagonist of a serious Eddie Murphy. Mediocre. Passable film by Vicente Aranda that deals with an intense drama in which two brothers are involved in a mutually destructive adventure.
Related content
Latest Searched Movies