7 minutos is a wonderful film that has been around the world.
The release date of this film is in year 2009.
Although the character is marked by the script, the work that the actors and actresses of this film do to bring their characters to life is wonderful. In the cast we find Luis Callejo, Toni Acosta, Marta Etura, Antonio Garrido, Pilar Castro.

Film directors are very important in each creation and it is because the work they do is one of the hardest and most sacrificed in the project. This time it was Daniela Féjerman who suffered while enjoying this experience.
The duration of the film is 102 min..
Spain it has been the country that has given us this great movie.

The script was created by Daniela Féjerman, Ángeles González-Sinde.
The film has been generated by the large production company Castafiore Films, Tornasol Films.
The way the music in this film blends with the story is a true work of art produced by Roque Baños.

Another of the most important parts of a film is the choice of the frames to be used, the lights creating effects, the direction of the gaze of the characters ... all those decisions in this film have been made Alfonso Parra.
Each person has their tastes regarding what type of feature films they like to see, but without a doubt, if you like the genre Romance, Comedy, you have to see this movie. 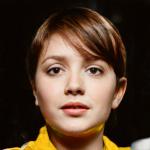